Dubliner Ronnie Whelan won ever trophy there was worth collecting in the English and European club game with his beloved Liverpool, but surprisingly was restricted to just 53 international caps for Ireland in a career that stretched a total of 14 years between 1981and 1995.

He made his first appearance in an Irish shirt at the age of 19 when introduced as a 63rd minute substitute for Gerry Daly in the 3-1 victory over Czechoslovakia at Lansdowne Road on April 29, 1981.

Injuries and club calls often restricted his appearances for his country, but there was never any doubting Whelan's commitment to his country's jersey. When Jack Charlton took over as boss in March 1986, the Liverpool man was usually an integral part of the proceedings.

Ireland made history by reaching those 1988 Euro' finals in Germany with those memorable ties against England, the Soviet Union and Holland. But it was the match against the Soviets that will stay longest in Whelan's memory.

Seven minutes before the interval, a huge throw-in from Mick McCarthy on the left enabled Whelan to fire in a spectacular bicycle kick from just outside the penalty area giving 'keeper Dasayev no chance. Alas the Soviets, against the run of play, equalised through Protasov with just 16 minutes remaining.

The World Cup finals of 1990 in Italy and 1994 in USA were virtual non-events for Whelan because of recurring injury problems. 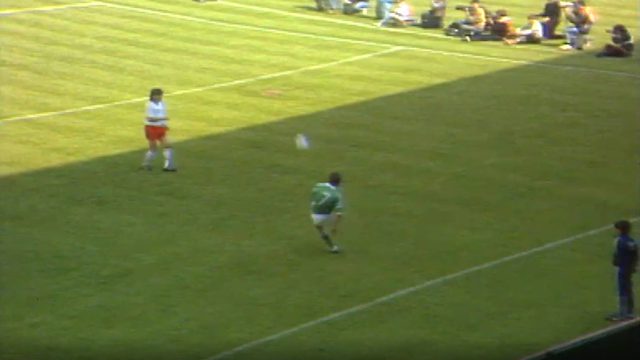